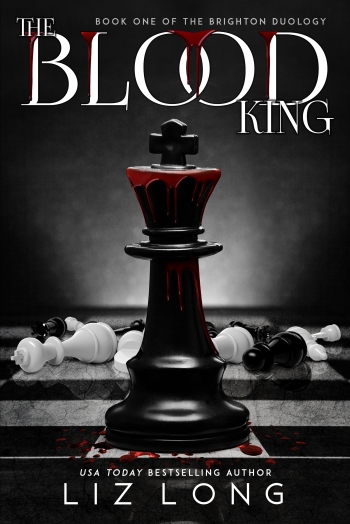 From USA Today Bestselling Author Liz Long comes a new duology that “…belongs on the shelf with The Hunger Games and the Divergent Series.”

When seventeen-year-old Reina is accepted to KEY, the King’s Education for Youth, she knows she’ll have to hide her true identity, as same-sex relationships are strictly illegal under President-turned-King Magnus Brighton’s rule. What she couldn’t have anticipated was the King taking a personal interest in her, and his plan to have her marry his cruel son. When Reina discovers refusing the marriage means a punishment far worse than death, she also stumbles upon the reason King Magnus hasn’t aged in decades, and finds herself in the middle of a civil uprising.

Will she escape the King’s wicked reign or will she be lost to Brighton’s dark secrets?

Scroll down to read a special excerpt from The Blood King.

The Golden City, the sequel to The Blood King, released September 4, 2018.

“The Golden City is a riveting conclusion to an action-packed, gut-wrenching dystopian duology where blood is king and freedom is worth fighting for.”
-Casey L. Bond, award-winning author 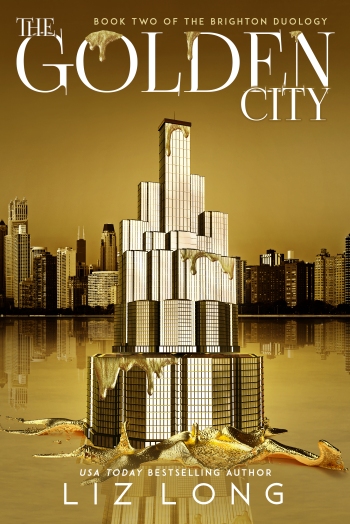 Down with the Blood King.

Reina Torres and Princess Helena just barely managed to escape the city of Brighton, thanks to the rebels. They now find themselves at the heart of the revolution, planning missions and infiltrating Brighton’s network. An enraged King Magnus doesn’t just want Reina and the rebels to pay, but to suffer; if it’s war they want, it’s war they’ll get.

With Helena by her side, Reina wants so much more than survival. But to live, she’ll have to go back inside the Tower, the last place she ever wanted to see again. No matter how far they run or how hard they fight, it seems their paths are destined to intertwine with the golden city … and the Blood King.

Fans of The Darkest Minds, Hunger Games, and Divergent will love this Young Adult dystopian romance.

Preorder the exciting conclusion of the fate of Brighton in THE GOLDEN CITY, Book 2 of the Brighton Duology, NOW!

My grandmother once told me our country used to be a democracy. Years ago, when she was a little girl, a man became president. He loved the power so much he kept it, killed his opponents and dared others to come forward. Those who did lost, and with it, our free will.

The man declared himself a King, vowing to take care of the people who best served him. And he did keep his word–those who were loyal to him stayed in their own places of power, content to take orders from a megalomaniac. There were parties and festivals, food and drink and no expense spared.

The King remained on his throne of gold, the years turning into a decade, then two and three and four. Eventually, the people in his new kingdom grew complacent, adapting to their circumstances. They couldn’t flee because these were their homes, they said, and fighting was out of the question. Families stayed together this way, they said, and they’d surely be rewarded for their loyalty. Many people in the kingdom died waiting.

Eventually people accepted things the way they were, forgot how life used to be. And so the King continued on ruling, content to keep his power over the country. He went to war with other countries who dared threaten us, subduing them thanks to his plans and weapons. Attacks decimated over half of our own country, leaving much of what was once green and fruitful now barren and brown.

He won, thanks to the money he pumped into his military. It was the best in the world, and it only took three years for everyone else in the world to realize it. Over half of the human population, on the entire earth, blown to smithereens. He rebuilt the kingdom on top of our old ruins, promising a glorious new era. Other countries would bow to us and fear his name. He was the King of our country, not the world, but he might as well have been. The smaller battles that broke out across the years never amounted to anything. No one could truly spar with him because they knew he’d bomb their entire civilizations off the map.

It was a folk tale, this story of King Magnus Brighton. Stories our grandparents made up to get through their days, to scare the younger generation into behaving. I knew better, could read the papers and listen to the media. They only had positive things to say about how our King had saved us all, and continued to fight for our prosperity. People had jobs and homes, food on their table, so why would we possibly complain about being able to live our lives?

My own father fought for King Magnus, gave his life to protect his country in the last war. When rebels attacked Brighton a little over a decade ago, my father volunteered, rather than be drafted. I remember the morning he left, the proud look on his face as he kissed my mother and me goodbye. He’d known exactly what he was walking into and still he’d kept a brave face. I hadn’t realized it at five years old, but at seventeen, I knew he’d been willing to die for his country that had given him so much.

As soon as my mother received notice of my father’s death, she packed our things and we went all the way to the other side of what was left of the country. Mama said she couldn’t bear to be so close to the heart of the kingdom, but I knew there was something more. I had no idea what, of course, but I had been too devastated at the loss of my father to question it then and now it just seemed like a waste of time. Things were the way they were, and no amount of questioning or wondering would bring my dad back. I missed him everyday, as much as the day he’d left, but he was never coming back.

My mother was the rule follower, hated it when I bent them by breaking curfew or grumbled about the overbearing soldiers. I couldn’t stand her smothering. The King probably couldn’t even be bothered to reach us way out here, but she didn’t want to take any chances.

I don’t know why she bothered. Everyone out here was too busy working to worry about breaking the rules. It’s not like anyone had any real technology, anyways. We had the newspapers and TV, but no one had those fancy phones city people flaunted in those strange commercials we saw on a staticky TV. The wars had taken technology out in most of the rest of the world, leaving King Magnus once again ahead of the curve in luxury. In our tiny part of the world, most of us felt lucky to have what little we did, and dared not ask for anything more. 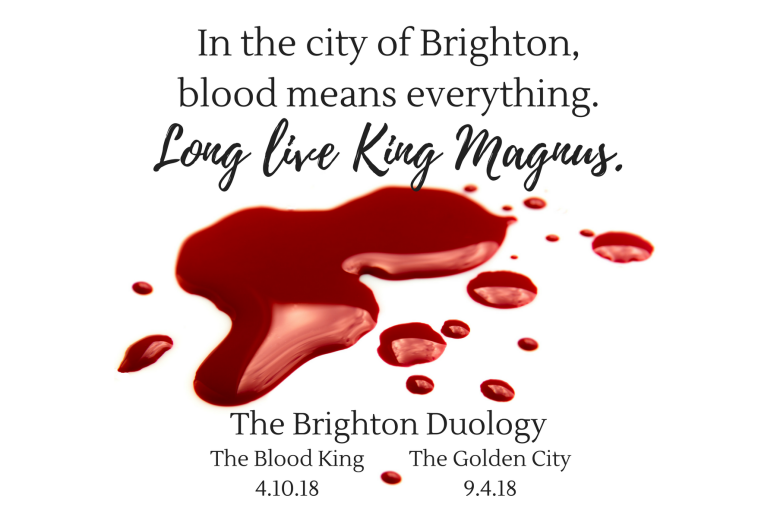